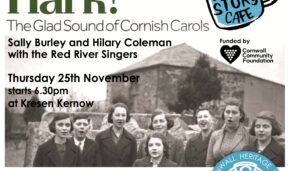 Following the success of their 2015 book Shout Kernow, which won the Waterstones’ Holyer an Gof Award, Sally Burley and Hilary Coleman turned their attention to exploring the continuity and revival of the Cornish carolling tradition. During 2016 they travelled around Cornwall, recording stories, memories and local versions of carols. Cornish carols are special and […] 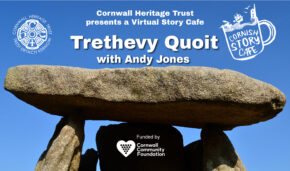 Last week our Story Cafe Trethevy Quoit with Andy Jones took place via Zoom and live streamed to our Facebook page.  If you missed it, or would like to watch it again, we have now uploaded a recording onto the CHT Youtube Channel. Andy is the Principal Archaeologist with the Cornwall Archaeological Unit, and gave […] 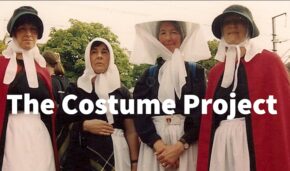 We have been working on a short film – The Costume Project – which looks at the way, miners, fishermen, fishwives and Bal maidens were dressed and the way in which this evolved. Our thanks to Merv and Alison Davey for their hard work researching the content of this resource which will be freely available […]