It is with great sadness that we report the death of Donald Rawe, aged 87 years.  Donald was a founder member of Cornwall Heritage Trust and a Trustee since 1985.  His commitment to the Trust was recognised in 2004 when he was made an Honorary Life Member and in 2011 when he was awarded Member Emeritus.  Donald served on the Education Committee and Council of Management.  Carl Roberts, fellow Founder Member of the Trust, comments: “Donald worked hard for the Trust… He had a particular interest in Cornish History,  for which his enthusiasm meant he would often leave a meeting with a determination to discover much more about the subject…”

Donald became a Bard of the Gorsedh in 1970: his Bardic name being “Scryfer Lanwednoc” which means “Writer of Padstow”.  An author, poet and playwright, Donald expressed his love of Cornwall through his writing and publishing and was rewarded with a lifetime achievement award for literature from the Gorsedh in 2006.

Trustees of Cornwall Heritage Trust were delighted last year when Donald offered to allow his book, “Traditional Cornish Stories and Rhymes”, to be published on the Trust’s website so that it can be freely accessed by all.  Lt Col Philip Hills, Chair of CHT said “Donald’s contribution to the Trust has been immense, his extensive knowledge and wisdom always informing our work. He will be greatly missed, not only by everyone in the Trust but by everyone in Cornwall.

Donald was a beloved husband, father, grandfather, brother and uncle; all at Cornwall Heritage Trust send their most sincere condolences to Helen and the family.

Donald’s funeral will take place at Penmount Crematorium, Truro on Monday July 2nd at 1pm followed by a service to celebrate his life at St Petroc’s Church, Padstow at 2.30pm.  For more information please contact the Funeral Directors: RJ Bray & Son on 01208 812626. 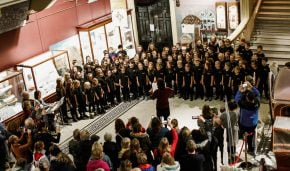 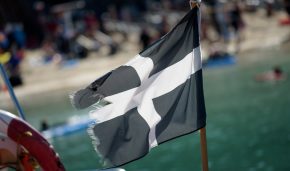