The Coastguard’s Daughter is a piece of original, lyrical theatre and
storytelling, interweaved with live shanty singing and hymns of the sea.
A true story inspired this production about the bravery, spirit and musical soul
of a community living by the push and pull of the tide. Performed with the
Shanty group The Press Gang in the very home of the story, this project
culminated is three sold out performances at Pentewan church in April 2016.
An almost lost and forgotten Cornish tale. In 1915 the Head Coastguard of
one maritime village and his crew, left their posts in order to enlist in the First
World War.
It was the Coastguard’s wife and two teenager daughters who volunteered
and took up his mantle. Undertaking the responsibility of the perilous post and
the long watch, looking out over the boats and the bay, staying strong and
lighting the way.
Poetic and playful, the unique production celebrates and laments what it is to
live by the laws of the sea. The roles and rhythms of both a community at war
and working to the beat and sway of the changing tides.
Working with a local community choir blends and adds their own voices to the
story. Singing the song of the unsung heroes and the ballads boys and girls
gone by, whilst connecting intrinsically to the people and place to which it is
performed. A community workshop lead by the Director and the Writer
collects and weaves community stories into the fabric of the piece.
Director:
Rosanna Elliott is a Director and Dramaturg and Artistic Director of Canvas
Theatre. She trained with the National Youth Theatre as an Actor and
Assistant Director and has a First Class BA hons in Drama from the
University of Exeter, where she specialized in Directing. She has been
working for the National Theatre as an associate director on the Connections
Programme and is a member of the Young Vic Genesis Directors Network
where she has received training from Melly Still, Joe Hill Gibbons, and Sacha
Wares, along with Zoe Svendson who ran a master class on Dramaturgy. She
regularly directs new writing in development and runs Dramaturgy workshops
for writers in association with the Hall for Cornwall, where she is an associate
artist. She is also an Associate Lecturer on the Acting course at the University
of Falmouth.
Credits include: As Director and Dramaturg: The Crucible, cube theatre, at
The Minack Theatre; The Coastguards Daughter, Oh My Clementine
Productions, at Petewan Church; The Star Child, Canvas Theatre, at The
Poly Falmouth. Cider with Rosie, Trebiggan Productions, at The Minack
Theatre.
As Assistant Director: Be Prepared by Ian Bonar, as part of RSC new writing
development programme ‘The Other Place’; 1984, Headlong (UK Tour); The
Girl Who Never Looked Up, dir. Ria Parry, National Youth Theatre.
Shadowing includes: Marion Nancarrow at Radio 4 Drama, and Erica
Whyman at RSC.
Writer:
Olivia Lowry is a Cornish writer and performer who is inspired by the role of
storytelling in heritage, conservation and community.
Olivia set up a theatre company Oh My Clementine to write and produce a
lyrical theatre production, ‘The Coastguard’s Daughter’.
Performance credits include: The Crucible, Cube Theatre at The Minack
Theatre, The ZigZag Way, Trebiggan Theatre rural tour, The Coastguard’s
Daughter, Oh My Clementine and Cider With Rosie, Trebiggan Theatre at
The Minack Theatre.
Olivia graduated with a degree in English Literature from the University of
Exeter in 2011 and then completed a Masters in English Literature from the
University of Bristol in 2014. 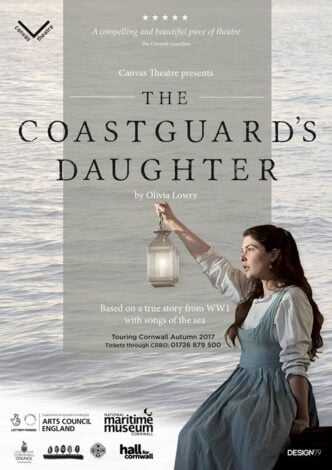