Dupath Well is an almost complete granite Well House built over an ancient spring. It is said to have been built in 1510 by the Augustinian canons of St Germans Priory. It is the largest and most impressive Well House in Cornwall, constructed from grey granite blocks, with a roof made from long stones that run the length of the building, overlapping each another.

Water from the spring under the chapel rises inside the chapel where it is fed through a low stone trough in which people could bathe in the “holy waters”. These were believed to cure whooping cough.

It has decorated turrets at each corner of the roof and above the entrance is a steeple-like structure. A single window is situated in the eastern wall. The chapel was rediscovered in a state of disrepair in the late nineteenth century by a local antiquarian, the Reverend H. M. Price, who paid for its restoration.

A legend is attached to the well, that explains why it was built in a typically romantic way. The story suggests there was a duel between two rival suitors for the hand of a Saxon maiden. Gotlieb, a wealthy gentleman, was the preferred choice of the lady’s father, whilst the fair maiden herself loved a poor knight, Sir Colan. The fight was long and hard, but eventually Gotlieb was killed. Sir Colan then built the well to atone for his sins. Unfortunately, he soon died from a mortal wound inflicted during the fight.

Like many such sites in Cornwall, this was almost certainly a pre-Christian shrine, christianised in the medieval period. 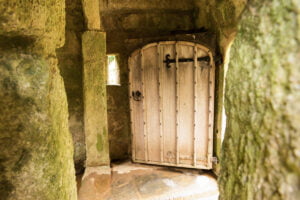 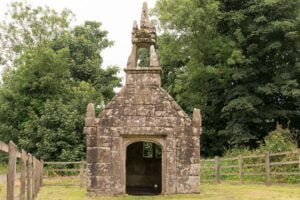 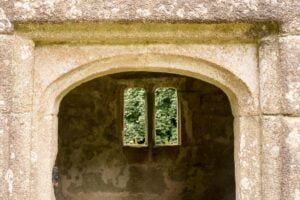 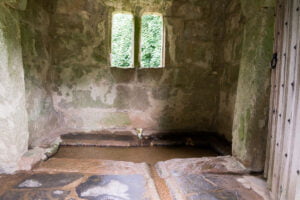