In November 2022, Cornwall Heritage Trust took ownership of St Cleer’s Well – a medieval holy well and wayside cross, situated within a small walled enclosure in the middle of the village of St Cleer, near Liskeard.

The 13th historic site to be taken into the care of the independent Cornish charity, the well is a Scheduled Ancient Monument and also Listed Grade One – a demarcation earned by only 2.5% of listed buildings, which Historic England defines as warranting “exceptional interest”.

Thought to date from the 15th century, it is the only example of a well house with an open porch-like design in Cornwall. Its pillars, arches and capitals are carved with simple mouldings and patterns which are also unusual in Cornwall at this date.

During the medieval period, holy wells sometimes functioned as sites for baptism but they were also revered for less tangible reasons, such as folklore beliefs in the healing powers of the water. According to Historic England, St Cleer’s, for example, had the reputation for “curing the lame, the blind and the insane”. 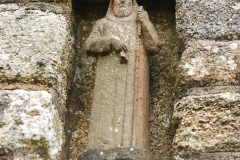 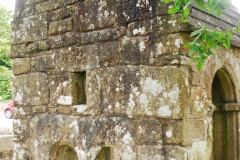 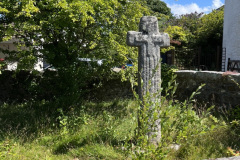 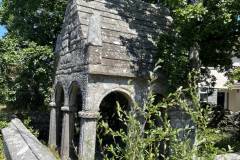