Every year Cornwall Heritage Trust awards bursaries to post-graduate students at the Institute of Cornish Studies to assist in study costs for one or more students producing a dissertation/thesis centred on any aspect of Cornwall’s Heritage.

Kensa Broadhurst is currently studying for her PhD and sent us an update on her work and how she is managing to continue her research during Lockdown.  Kensa hopes that not only will the research she carries out help our understanding of the use of Cornish during the nineteenth century and give more legitimacy and status to the language today, but also give the Cornish language a status within higher education. 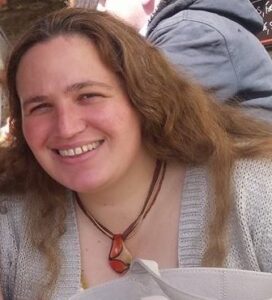 “My name is Kensa Broadhurst, and with funding from the Cornwall Heritage Trust I am studying for a PhD at the Institute of Cornish Studies, part of the University of Exeter based at its Penryn Campus. Through my research I am hoping to find evidence that the Cornish language was being used between 1777-1904.

The common perception is that Dolly Pentreath, a fish-seller from Mousehole, was the last speaker of Cornish and when she died in 1777, the language died with her.  During the nineteenth century, several antiquarians did publish texts about the language, culminating in the publication in 1904 of Henry Jenner’s ‘Handbook of the Cornish Language’ which sparked the revival of Cornish as a community language which continues to this day.  I am researching use of the language between these dates in Cornwall, by Cornish people.  The Victorian gentlemen antiquarians mainly re-wrote previous research on the language, and don’t seem to have made much of an effort to engage with the common people of Cornwall who could well have still been using the language, so it is their stories, lives and possible use of Cornish I am searching for.  Fortunately, in Cornwall we are blessed with several useful archives and libraries, including the Kresen Kernow (Cornwall Centre) which houses the former County Records Office and Cornish Studies Library, as well as the Morrab Library and the Royal Institution of Cornwall library.

I started learning Cornish about four years ago, initially as an academic exercise!  Although I have a Cornish name, one side of my family is Cornish, and I had lived here on and off for about fifteen years, I really didn’t know very much about the language.  My undergraduate degree was in French and Italian, and I had spent many of the intervening years as a languages teacher and examiner, but I quickly discovered Cornish is nothing like the languages we study at school!  It is one of the five traditional Celtic languages of the British Isles along with Welsh, Gaelic, Irish and Manx, but is most closely related to Breton.  Although there are some similarities to the languages I was familiar with in terms of grammar, much of the sentence structure is completely different, and so is the vocabulary.

Over the past four years I worked my way through the Cornish exam syllabus and in the summer of 2019, passed my final exams in language, medieval and modern literature, history of the language and Cornish place names.  I now teach an evening class to beginners, tutor for an online Cornish course, set exams for the exam board and contribute to the training of my fellow Cornish teachers.  I also write and read the weekly news bulletin in Cornish on BBC Radio Cornwall as part of a small team!  Our bulletin is broadcast on Sunday afternoons.

Obviously the past few months have resulted in a change of approach for me, as for everyone else.  How do you do research, when you can’t physically access the things you need? You find other things to do. I guess I’m far luckier than my peers who are researching in a scientific discipline, in that I don’t have to physically be in a lab, experimenting and measuring things to get results (can you tell I’m not a scientist?!). In an ideal world I would be sat in Kresen Kernow, or the Morrab library in Penzance, or the Courtney Library in Truro, methodically going through newspapers or documents looking for evidence of people using Cornish.

One thing I’ve learned very quickly over the past eight months since I started my PhD is that it’s not just about the research. It’s about creating opportunities to connect with people and creating opportunities to get your research and your topic “out there.” Some of the extra online training opportunities the Exeter University Doctoral College have been putting on for us over the past couple of months have included using various social media platforms to advertise and inform people about our research – such as blogs, Twitter and podcasts. I was even lucky enough to sit on a panel discussing the merits and use of blogging. Last week we had the first virtual meeting of a Community-based Journal organised by a doctoral student in the Medical School, which gives us an opportunity to both hear what other people are researching and talk about our own work.

I have been keeping busy. I have just submitted a chapter of my thesis for my upgrade examination and have a viva to look forward in the next few weeks to discuss both the chapter, and my plans for my research over the remainder of my studies. I’ve also submitted an article for publication in a journal (in Cornish) and need to start thinking about a conference in the Autumn and what I might be able to speak about. Now it’s back to reading what I can access (what did we do before the internet? I mainly remember the library at my undergraduate university only allowing us to loan a book for 24 hours at a time) and writing the looming second chapter.” 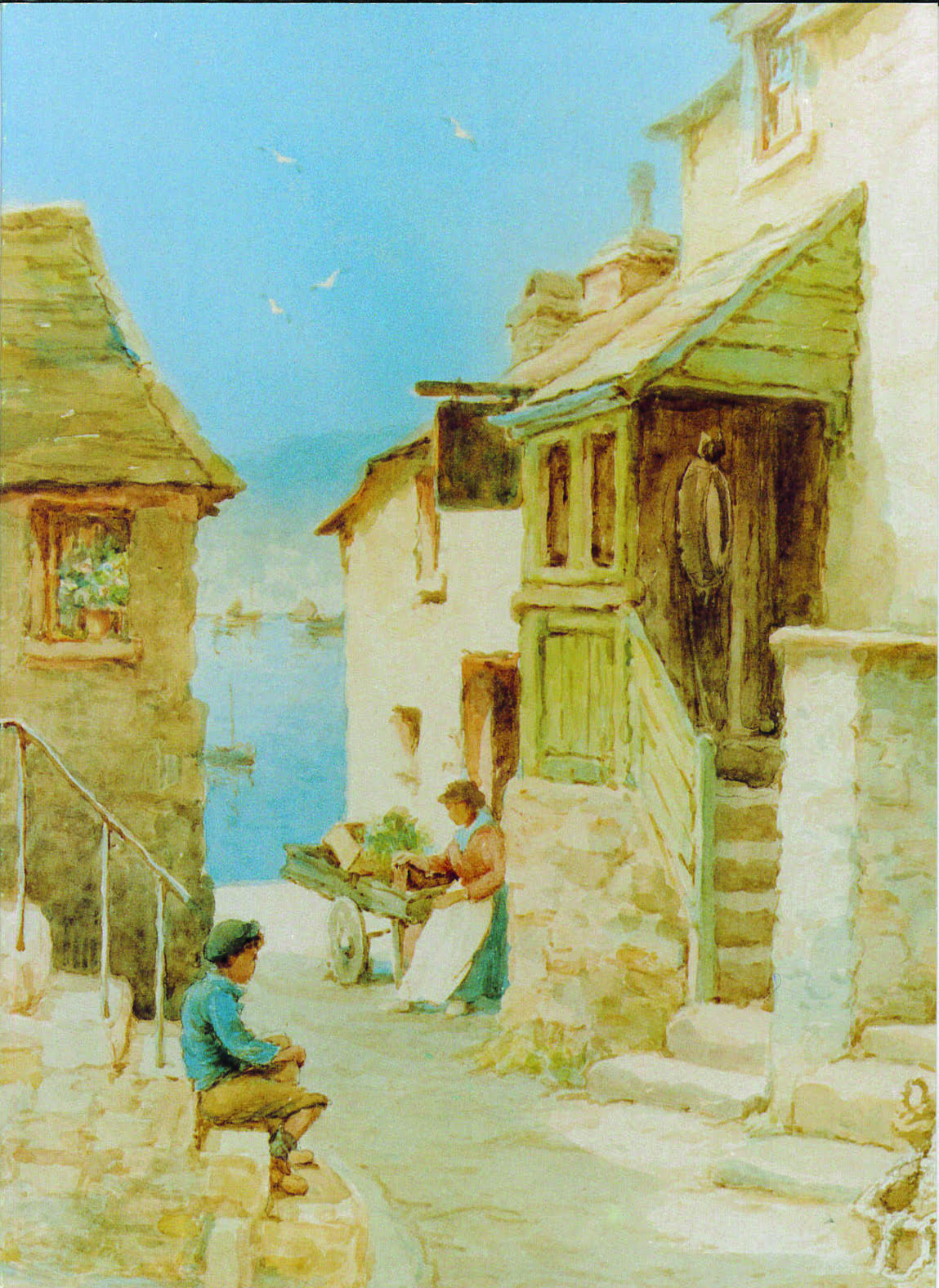 “Figures and Handcart” by Lamorna Birch.
One of the Lamorna Birch paintings in the Paul Smales Collection bequeathed to Cornwall Heritage Trust.