Davy Tremayne and Kervern Angove were two tin minders, fine upstanding men in their twenties, and both married with young families. They had been bosom friends since their school days and lived near each other in cottages on the downs outside St. Just in Penwith.

One night, after visiting one or two inns at Morvah Churchtown, they set off to walk the seven miles or so home over the heather-clad moors. It was not late, for they both had to go to bal (the mine) next day. Their way past Carn Kendijack, the Hooting car: so called because of the way the rocks on the hill-top entrap even the slightest breeze and swirl it through several deep holes, making a hollow muttering sound which rises to a hoot in a high wind.

Dark and foreboding, the Carn loomed over them; they ceased talking as they came to pass it. They knew that the bones of old chiefs and kings were buried up there in the barrow; the low moaning they heard from the hilltop was enough to strike a chill into them.

At this point they heard a clattering of hooves, and towards them they made out a horse carrying a man in a black cloak, who certainly seemed to know his way in the dark. “Who be’st ‘ee?” and “Where be’st goen, then?” they shouted, mainly to avoid being ridden down. The Rider pulled up. His eyes were a strange dimon shape and seemed to glow with a yellowish light; they could hardly make out his swarthy face, but they knew his horse well enough: it was a nag that worked the ‘whim of the bal, turning the machine that brought the tin ore to the surface in its ‘kibble’ or iron bucket.

“I’m off up to the Carn to see the Wrastling,” said the Riser in a deep gruff foice. “This way – come on!”

Davy and Kevern couldn’t tell why afterwards, but they had to follow him. His mount scrambled up the boulder-strewn hill-side in the moonless dark without hesitation, and somehow they found they were able to keep up with it. They gained the crest of the hill and entered the clearing on top.

Here in the round plain-an-gwarry they became awre of a gathering of men; but such men as they had never seen before in their lives. They all appeared to be some eight or nine feet tall, and massively built with it; their hair was long and uncombed, hanging down their shoulders in shocks and hanks. Some of their faces were shaggily bearded, and others were painted a frightening red and white like masks.

Now the Rider dismounted and threw off his cloak; Davy and Kevern saw him better now their eyes were accustomed to the gloom of the bowl, and they swore it could have been no other than Satan himself in his devilish majesty. Unconcerned, however, the dark figure seated himself on a rock, and called forth the wrestlers.

The combatants were men, or devils, of even greater stature than those watching. As if to indicate the match should begin, the Satanic figure on the rock flashed from his yellow diamond-shaped eyes two unearthly beams of light which lit up the proceedings. The wrestlers went to it, with no quarter given, for nearly an hour, it seemed; the two miners had never seen play to match it in all Penwith. Finally with a great hug one of them seemed to be cracking the other’s ribs, so dreadful was the sound and the anguished cries; but the hugged man turned this to advantage, and lifted the other and then dashed him to the ground with such force that he lay there either dead or stunned.

A tremendous shout went up from the assembled watchers. They crowded round the victor and lifted him high; the Satanic Rider himself came amongst them to congratulate him.

Seeing the fallen rider still lying there, unregarded, Kervern felt he had to go and see if the man could be helped. Whether he was actually human or a devil did not matter, for Kevern was deeply religious. Davy also bent over the massive fallen form: “He’s going fast, I b’la,” he said, feeling the heart which was faltering to a stop.

Without hesitation Kevern took off his cap and began to pray. Even an evil spirit, he knew, should be given the chance to repent and win salvation. “May Jesus Christ wash away your sins and bring you to his Holy Grace, my son…” he said.

That was as far as he got. There was a colossal thunderclap overhead; the whole carn shook and the rocks seemed to be falling; in the pitch darkness there were great forms rushing everywhere. Then Davy and Kevern saw the two beams from the Satanic eyes vanishing in the sky towards the west, and showy forms following it like vultures in the gloom.

The two tinners rushed away from the hill, but lost themselves on the moor, unable to find bearings in the darkness. It was daylight again before they arrived home, both shaken and hardly daring to tell their wives and children what they had seen.

But they were sure of one thing; they would never again go near the Hooting Carn after dark. 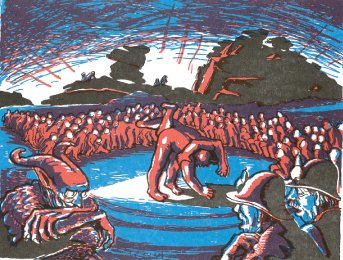 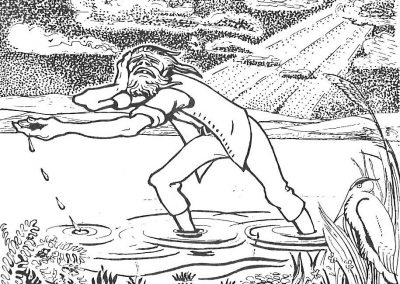 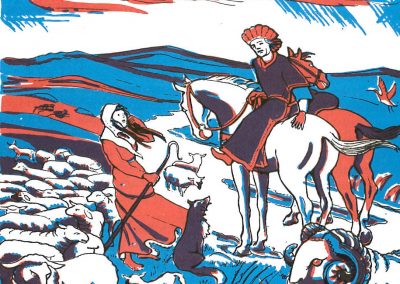 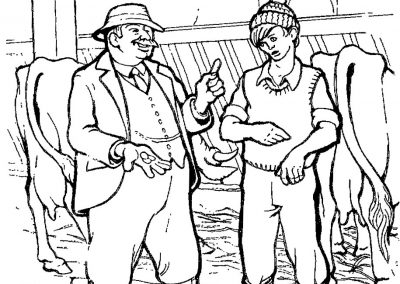 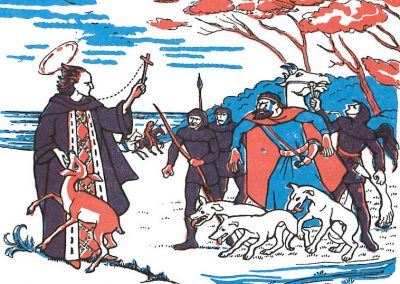 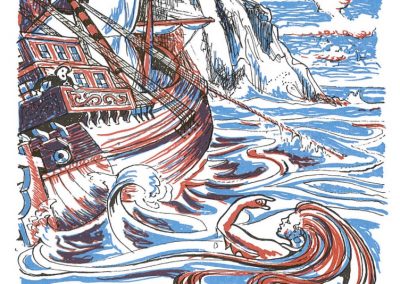 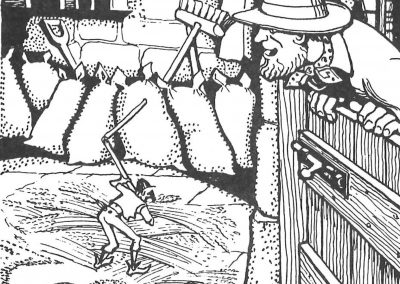 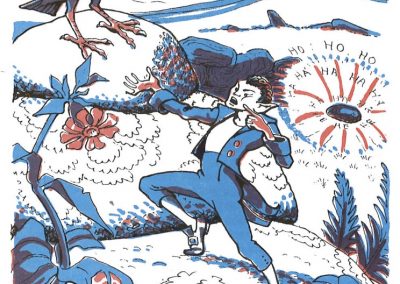 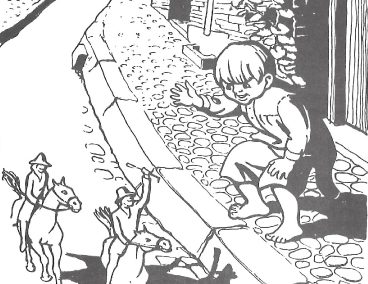 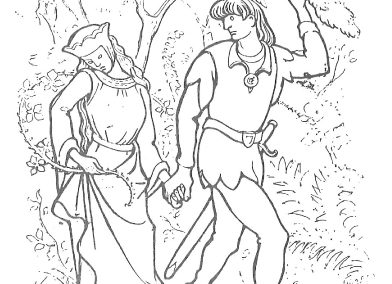