We are very excited to introduce “The Tale of St Piran”, a film commissioned by Cornwall Heritage Trust which tells the story of St Piran from his early years to how he arrived in Cornwall from Ireland and introduced the people of Cornwall to Christianity, mining (through the discovery of tin) and inspired the iconic St Piran flag.

The Trust was very lucky that Pol Hodge, well known Cornish writer and poet, agreed to write the script and also play the part of St Piran.  Volunteers were recruited through the Trust’s social media channels to act as “extras” with an overwhelming response being received.  St Piran meets Badger, Fox and Boar when washed up at Perranporth, roles ably played by Merv and Alison Davey and Dick Cole.

The filming took place on a very cold weekend in January on Perranporth beach.  While it poured with rain when everyone arrived the clouds eventually cleared, showing the rugged coastline off to its best effect!   The volunteers were all enthusiastic and willing to be involved, helped by frequent dashes to the Watering Hole for hot drinks and pasties to warm up.

The Trust would like to thank Pol Hodge for the script, Alison Davey for designing, sourcing and making the costumes, Clare Jacques for the narration and Reverend Ann Brown for being such a good sport and accepting the gift of Christianity from St Piran during a very busy weekend!  But most of all thank you to the volunteers, without whom the film could not have been made.

Designed for use by school in their assemblies the film is available to view on the website however if a school would prefer a downloadable version this can also be arranged.

The film was Produced by Bookshelf Productions and Directed by Joe Inman with thanks to Merv Davey and Harry Glasson for the music. 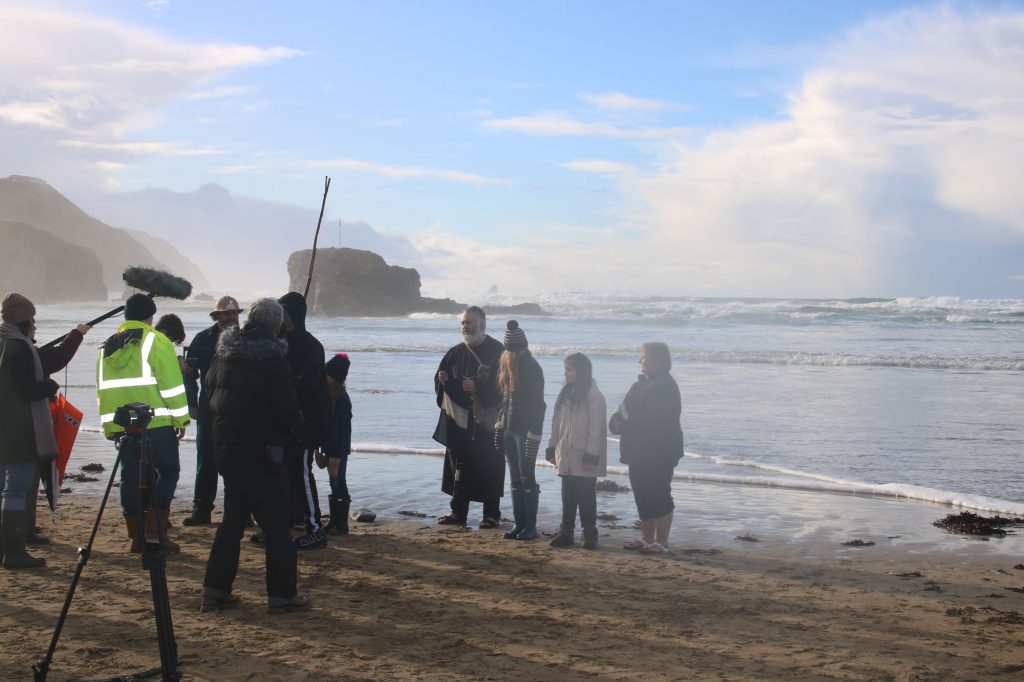