In 1642 much of the west of England, Cornwall and Wales were Royalist strongholds, although Plymouth remained in Parliamentary hands throughout the conflict. The south and east of England were largely controlled by Parliament. The land between the two, today known as the midlands, was the most fought-over and the main battles (Edgehill, Oxford, Newbury, Marston Moor and Naseby) happened in this area.

In 1642 the Cornish-Royalist Army was formed by Ralph Hopton, 1st Baron Hopton. This army’s first invasion of Devon in November – December 1642 was a failure, but it did manage to secure the Cornish side of Plymouth Sound and this posed a serious problem for Parliamentarian forces.

Various sorties were made by the Parliamentarians into the north of the duchy. There were skirmishes and battles such as the little-known battle of Windmill Hill on the southern edge of Launceston. 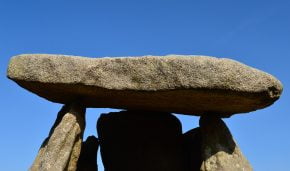