Bronze Age cultures began to appear in Cornwall around 2200 BC with new ideas spreading from the Continent to the existing population, but the changes were gradual not sudden and stone tools continued to be used for centuries after the first copper then bronze tools appeared.

It may be that the biggest cause of this change came from Breton warriors and tin merchants then resident in Brittany but in regular contact with Cornwall. Cornish tin and copper began to be extracted from the ground by tin-streaming and open-cast mining. The Cornish tin-trade must have started at this time with the shipment of the smelted ores to Brittany, and from there overland and by river to the Mediterranean.

Bronze, the alloy of tin and copper, slowly became the standard metal for weapons and tools. Skilled workers also made beautiful jewellery and decorative ware, even of Cornish and Welsh gold, and these objects typify the bronze age culture of south west Britain that has been called the Wessex culture. 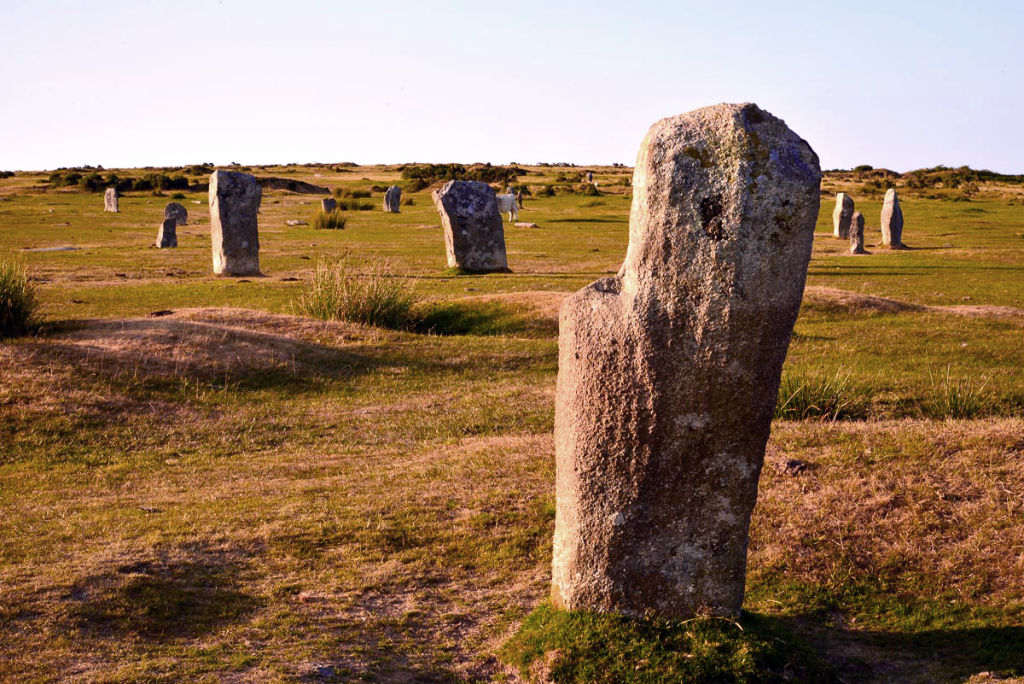 The Hurlers – Stones in one of the three stone circles.

Between 2200BC and 1400BC these workers built, erected and used stone circles, menhirs (standing stones), stone alignments and holed stones and round barrows, which had originated amongst the so called Beaker people at the point when the change from Neolithic to Copper/bronze was starting to happen.

Bronze Age sites like these are found all over Cornwall, especially on Bodmin Moor and in Penwith. Stone circles and standing stones are evidence partly of religious beliefs, possibly of an understanding of the rudiments of astronomy, especially the movements of the sun and moon, and certainly speak of an increasingly sophisticated and well-organised society that now, because of farming, had the time to devote to tasks that were not directly related to survival. 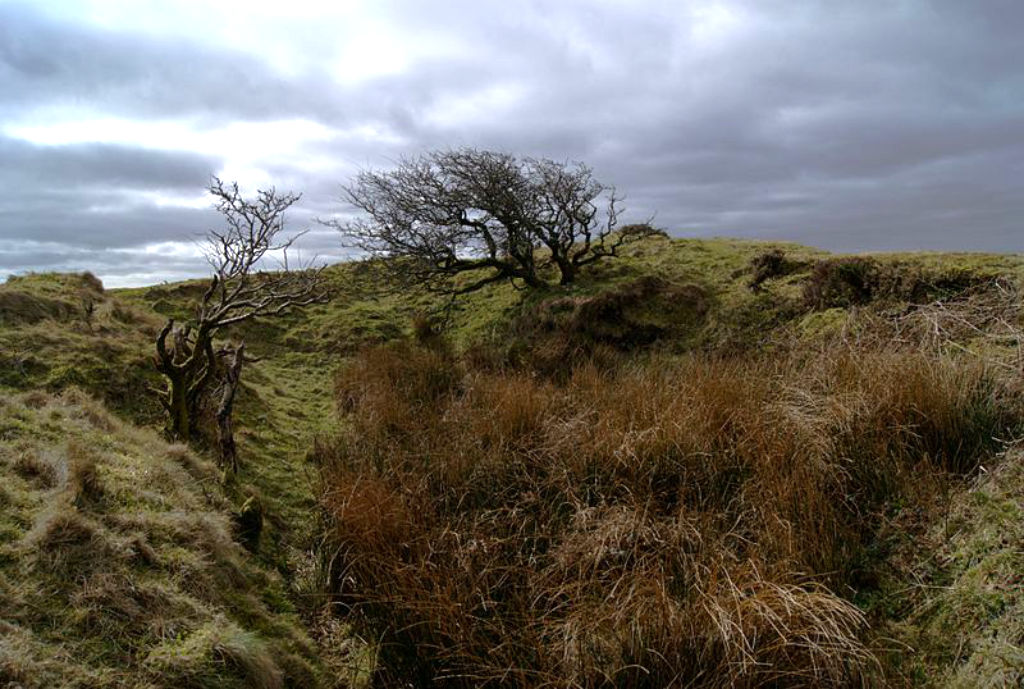 For these Bronze Age cultures cremation was the usual burial practice, and more and more sophisticated type of pottery including collared urns and food vessels were in daily use and are regular finds by archaeologists of this period in Cornwall.

By 1400 BC many archaeologists believe that, as the climate deteriorated, so a social decline had set in. Stone circles and other ceremonial sites were abandoned, almost as if the old gods had let society down. Certainly, the quality of craftsmanship got worse as the relatively sophisticated pottery of the Early Bronze Age was replaced inferior products, including the Cornish Trevisker ware.

There have been very few finds of bronze age settlements in Cornwall that date from before 1500 BC. However, many of the round house settlements and field systems found on Bodmin Moor and in West Penwith date from the Later Bronze Age. The people who lived in such places were well organised subsistence farmers who kept animals, grew crops, practised metalworking and lived in villages near to or surrounded by their fields. 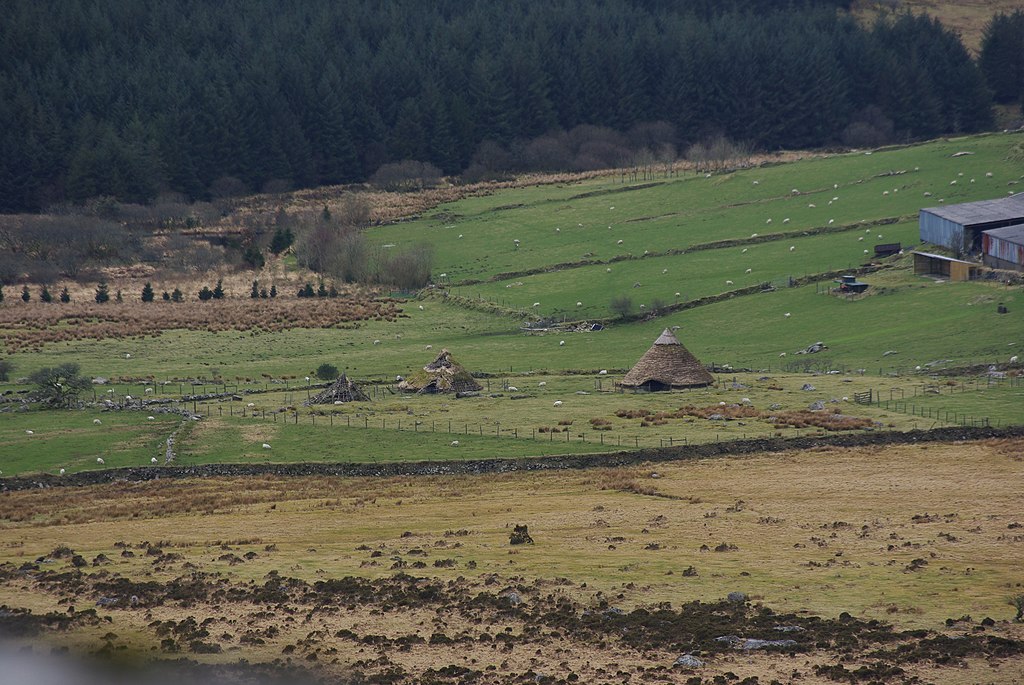 A modern reconstruction of a Bronze Age village – At Trewortha Farm on Bodmin Moor. The late Chairman of Cornwall Heritage Trust, Tony Blackman, was one of the builders/designers of this recreation.

Towards the “end” of the Bronze Age, around 1000BC, there was a sudden burst of energy in metalcraft and designs, including more sophisticated types of spearheads.

In addition, some early hill forts, usually of univallate (a single bank and ditch) type were already being built. One of these may well be Castle an Dinas, owned by Cornwall Heritage Trust. Recent survey work shows a Bronze Age use of the hill (at least one barrow) and the suggestion that the Iron Age ramparts were built to augment an earlier bank and ditch system.