The new Cornish army raised in the aftermath of the 1644 Lostwithiel campaign was known as the New Cornish tertia. It contained 5-6000 man under Richard Grenville. The Royalists often referred to the Cornish as a distinct and valuable group of soldiers – ‘stout, resolute, gallant’ but also they were seen as disruptive, often skirmishing with other units on their own side – the cavalry, Frenchmen of the Queen’s Guard, Irish regiments. They tended to fight as a group under their own leaders and for themselves rather than the Royalist cause. Parliamentarians were bitter in their criticism of ‘heathen, ignorant plunderers and traditional troublemakers.’

However Grenville fell foul of the Royalist command, being seen as more concerned with trying to get a semi-autonomous Cornwall under Prince Charles and hindering the Royalist war aims. Grenville was imprisoned in Launceston and then in the more remote St Michael’s Mount.

In 1645 Sir Thomas Fairfax was appointed the Parliamentary commander of the New Model Army. The Royalist army was also reorganised with Prince Charles becoming the Commander-in-Chief. The Royalists suffered a notable defeat at Naseby in Northamptonshire, where the Royalist army was annihilated, and there were further Parliamentarian gains in the south and west of England. Prince Charles spent a great part of the autumn and winter in Cornwall, principally at Launceston and Truro. 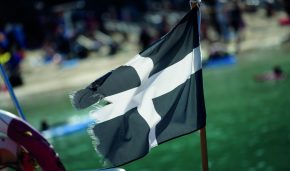 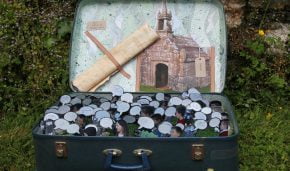