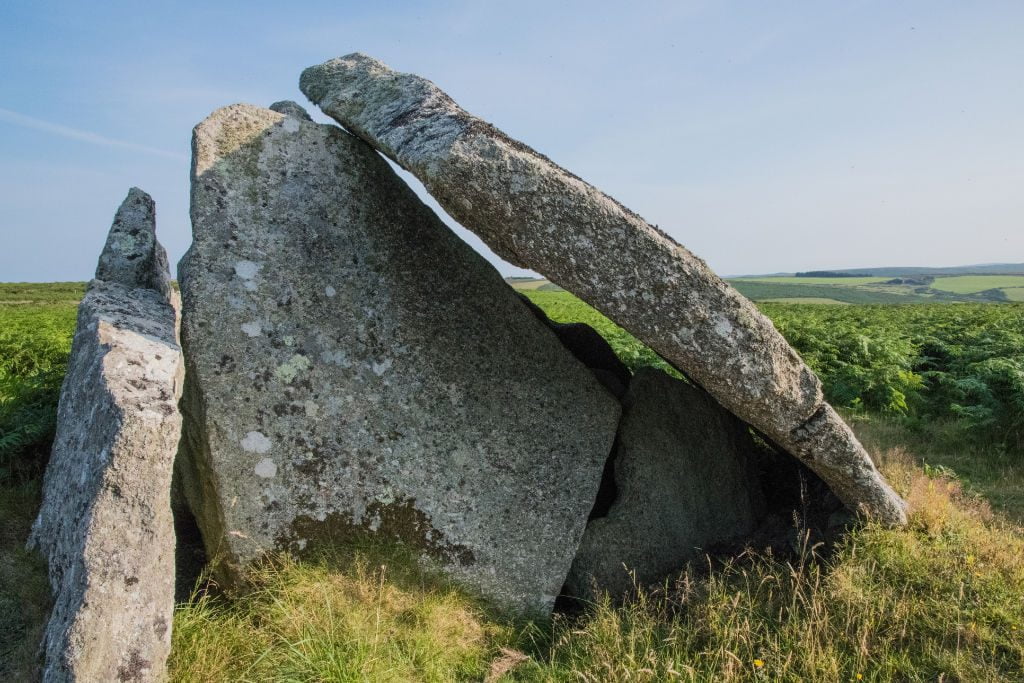 In Cornwall, the first impact of the Roman domination of north-west Europe must have been felt around 56BC, when Julius Caesar’s conquering army arrived in Brittany. At the famous naval battle in the Bay of Quiberon the “Celts” of Brittany were defeated and the area fell under Roman domination.

Many “Celts” left Brittany for Cornwall at this time. It may be these people who brought the traditions of courtyard houses and fogous to the far west of Cornwall (see the section on Cornwall in the Iron Age).

The full Roman invasion of the British Isles had to wait for a hundred years after Caesar’s capture of Brittany. Emperors Claudius and Vespasian conquered Britain after 43AD and, until 410AD, much of eastern and southern Britain was under Roman control. However, the Romans never extended control into all of present-day Scotland and hardly at all into Wales or Cornwall.

The Romans had a fort at Exeter (Isca Dumnoniorum), linked to other Roman centres by Roman roads. The terrain (Dartmoor, for example) must have proven to be a significant block to their ambitions in the south-west and the Roman presence in Cornwall was minimal. At Nanstallon (near Bodmin) there was a fort and in recent years two more temporary Roman forts have been discovered near Restormel Castle and Calstock. It may be that these discoveries change our view of Roman Cornwall, but at the moment most historians agree that the Roman influence here was less significant than in other areas of Britain.

It may be that the Romans were keen to trade for valuable tin and copper from Cornwall, which they shipped to mainland Europe and were happy to have an economic relationship with suppliers in Cornwall, a remote area of their empire that posed no military threat. Interestingly, Roman documentation points to the area of what is now Cornwall being known as Cornouia, the land of the Cornovii tribe, the name Cornwall appearing in an early form for the first time.

As a result of this relationship, Roman sites and finds in Cornwall are few and far-between, providing only tantalising glimpses of their presence here: a Roman inscribed stone in Breage churchyard; Roman coins found in Zennor Quoit; a Roman-influenced “villa” at Magor near Camborne; and the forts in the east of the duchy.