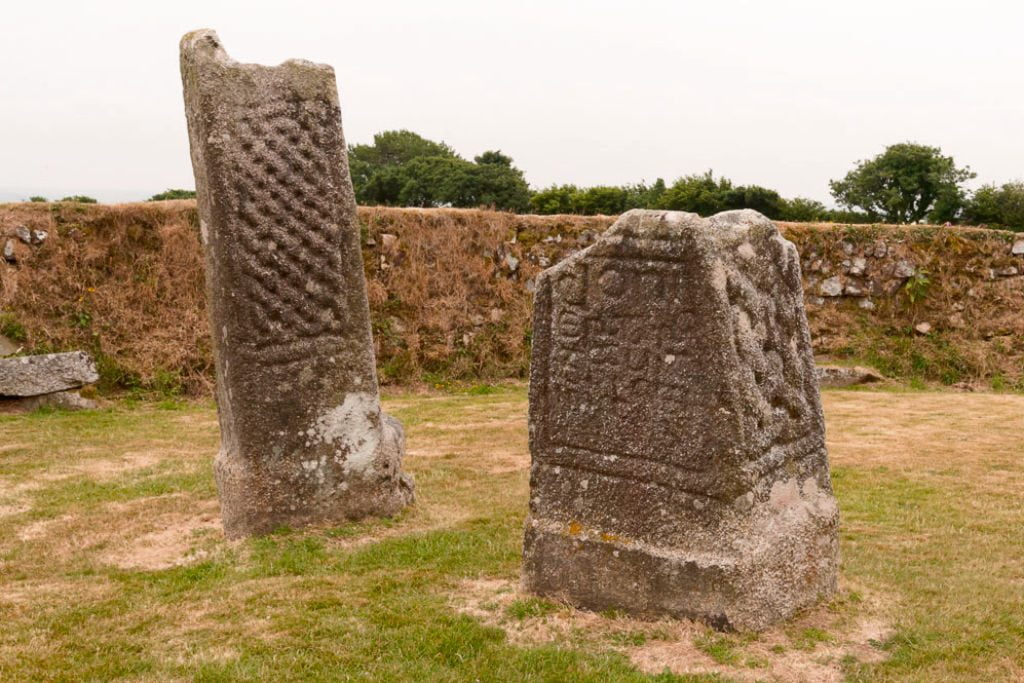 After the Roman withdrawal from Great Britain, Saxons and others were able to conquer and settle most of the east of the island. But Cornwall remained under the rule of local Romano-British and Celtic elites. The Dumnonii tribe dominated the south-west. Their tribal centre was in what we now call Devon, a name derived from Dumnonia.

At this time in Cornwall’s history there is no real distinction made between the Kingdom of Cornwall, the Cornovii, and Dumnonia. They all refer to the same group of people and the same areas of land that they owned. “Dumnonia” was the Latin name for the region and Cornweal (which became Cornwall) is the name by which the Anglo-Saxons called them. At least until the mid-8th century, the rulers of Dumnonia were probably also the rulers of what we now think of as Cornwall.

The history of this chapter of Cornwall’s past is inevitably somewhat murky and often confused by legend and myth. In particular, Arthurian legends (actually a much later invention, but originating from stories from this period) and the stories of Cornish Saints all shed light on and confuse the story in almost equal measure.

So it is necessary to try to pick out what truths we can from this jumble of evidence, hearsay, conjecture and myth. In Arthurian legend the name Gorlois (Gwrlais in Welsh) is explained as “Duke of Cornwall” but there is no strong evidence of such a person having really existed, except for placenames like Carhurles (Caer-Wrlais) and Treworlas (Tre-Wrlais). King Mark also crops up in Arthurian stories; he could have been a ruler of an area of Cornwall.

This period is also known as the ‘age of the saints’. “Celtic” Christianity and with it “Celtic” culture spread from Ireland and Scotland into Great Britain, Brittany, and beyond. Cornish saints like Piran, Meriasek, and Geraint, trained in or from monasteries in Wales or Ireland, had both religious and political influence in Cornwall and their work created strong connections between Cornwall and Ireland, Brittany, Scotland, and Wales.

These “Cornish saints” were closely connected to the local civil rulers and in some cases the saints were themselves known as “kings”. After the loss of most of the territory today called Devon, the rulers of the far south-west are referred to either as the “kings of Cornwall” or the “kings of the West Welsh”.

A “Kingdom of Cornwall” seems to have emerged around the 6th century out of the Brythonic Celtic Kingdom of Dumnonia. Several Cornish “kings” seem to also have a degree of control in areas of Brittany. By this time the Saxons of Wessex were approaching from the east and crushing the kingdom of Dumnonia. In 721AD the Britons defeated the West Saxons at “Hehil”, somewhere in West Devon. A hundred years were to pass before there is another mention of West Saxons attacking Cornwall again, although the “Welsh” who fought a battle against King Cuthred in 753AD were probably from Cornwall.

In 814AD King Egbert raided Cornwall. The Anglo-Saxon Chronicle tells us that in 825AD the Battle of Gafulforda, perhaps Galford, near Lydford in Devon took place: “The West Wealas (Cornish) and the men of Defnas (Devon) fought at Gafalforda.” In 838AD the Cornish, in alliance with the Danes (“Vikings”) were defeated by Egbert of Wessex at Hingston Down; the chronicle talks of the Wealas (Cornish) and the Danes being “put to flight”.

The Annales Cambriae records that in 875AD , King Dungarth of Cerniu (Cornwall) drowned in the River Fowey. The death of this man, the last known independent “King of Cornwall” is marked by King Doniert’s Stone, currently managed and protected by Cornwall Heritage Trust. Cornwall fell under Saxon control in the C10th. By 926AD bit by bit England was being united under Athelstan, soon to name himself “Rex Totius Britannae”, king of all Britain. An entry in the Anglo Saxon Chronicle records these events:

‘This year fiery lights appeared in the north part of the heavens. And Sihtric perished: and king Aethelstan obtained the kingdom of the North-humbrians. And he ruled all the kings who were in this island: first, Huwal king of the West-Welsh (Cornish); and Constantine king of the Scots; and Uwen king of the people of Guent; and Ealdred, son of Ealdulf, of Bambrough : and they confirmed the peace by pledge, and by oaths, at the place which is called Eamot, on the 4th of the ides of July [12 July]; and they renounced all idolatry, and after that submitted to him in peace.

William of Malmesbury, writing around 1120, reported that in 927AD Athelstan evicted the Cornish from Exeter and perhaps the rest of Devon: “Exeter was cleansed of its defilement by wiping out that filthy race”. The area inside Exeter city walls is still known today as ‘Little Britain’ and is where most of the Cornish Romano-British aristocracy had their town houses. It is assumed that it was from this place that the Cornish were expelled. Athelstan soon passed laws statutes making it unlawful for any Cornishman to own land, and lawful for any Englishman to kill any Cornishman (or woman or child).

In 928AD it is thought that the Cornish King Huwal, “King of the West Welsh” was one of several kings who signed a treaty with Aethelstan of Wessex at Egmont Bridge. In 936AD Athelstan fixed Cornwall’s eastern boundary as the east bank of the Tamar. There is no record of him taking his campaigns into Cornwall. It seems most likely that Huwal, King of the Cornish, agreed to pay tribute thus avoiding further attacks and maintaining some level of self-government.

By this time the West Saxons had pushed their frontier temporarily across the Tamar as far west as the River Lynher, long enough for Saxon settlement and land charters to influence placenames: between Lynher and Tamar there are today many more English than Cornish place names. In 944AD Athelstan’s successor, Edmund I of England, gave himself the title “King of the English and ruler of this province of the Britons”.

Cornwall and the south-west were not immune from the attacks of Vikings which caused some much fear and unrest in other areas of Britain throughout the C10th. In 981AD, according to the Anglo-Saxon Chronicle, the Vikings laid waste “Petroces stow” (probably Padstow) and sixteen years later in 997AD the Dartmoor town of Lydford, near the Cornish/Wessex border was completely destroyed by an angry mob of Danish Vikings led by the King of Denmark and Viking leader Sweyn Forkbeard. However, Cornwall was left alone in this new wave of attacks.

In 1013AD Sweyn annexed Wessex to his Viking empire, which included Denmark and Norway. He did not annex Cornwall, Wales and Scotland, but instead allowed the three “client nations” self government in return for an annual payment or “danegeld”. His successor, King Canute the Great, continued this arrangement until 1035AD.

The Norman Conquest of 1066AD brought many Bretons into Cornwall. The two areas shared many things in common, not least a common language. According to William of Worcester, writing in the 15th century, Cadoc, was the last survivor of the Cornish royal family in 1066. 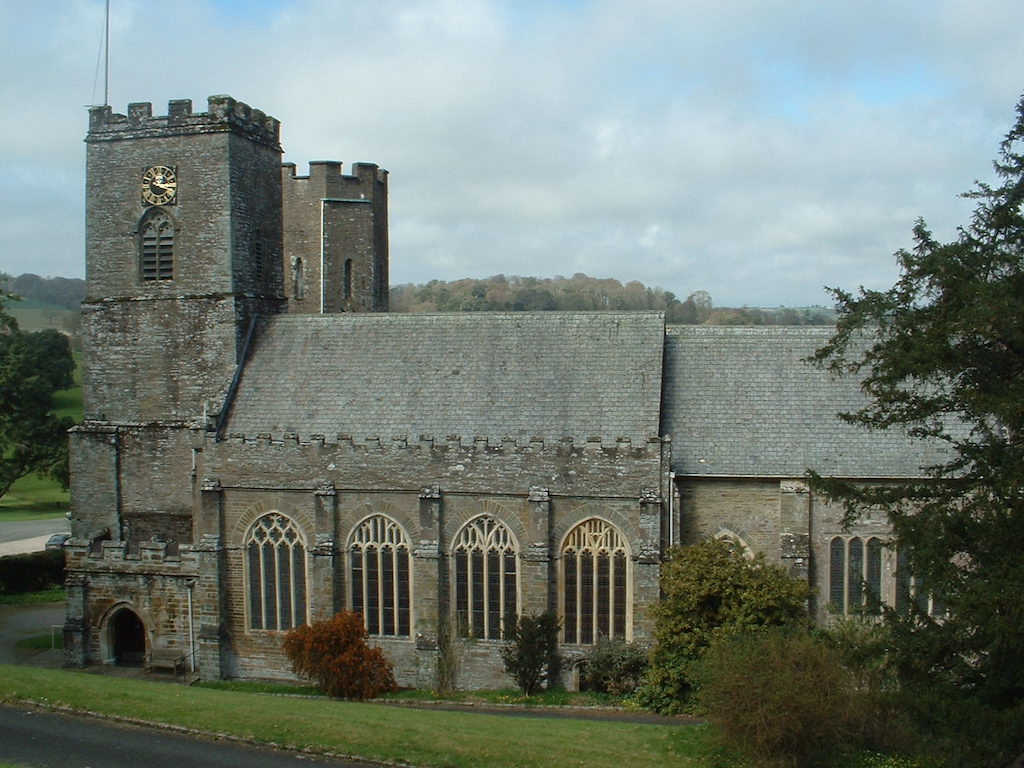 Changes in politics led to changes at this time within the Cornish church. The early organisation of the Church in Cornwall is unclear, but in the mid-ninth century it was led by a Bishop Kenstec with his see at Dinurrin, a location which may have been Bodmin or Gerrans. Kenstec acknowledged the jurisdiction of the Archbishop of Canterbury. In the 920s or 930s King Athelstan established a bishopric at St Germans to cover the whole of Cornwall, which was initially subordinated to the see of Sherborne but became a full bishopric in its own right by the end of the tenth century.

Even by the 880s the Church in Cornwall was having more Saxon priests appointed to it. Some church estates like Polltun, Caellwic and Landwithan (Pawton, in St Breock; perhaps Celliwig (Kellywick in Egloshayle?); and Lawhitton fell under local Saxon control and later under that of the Wessex kings.

The first few bishops of the newly created see of St Germans were native Cornish, but those appointed from 963 onwards were all English. From around 1027 the see was held jointly with that of Crediton, and in 1050 they were merged to become the diocese of Exeter.