We went to Carn Euny to learn more about what it was like in Cornwall in the Iron Age. It’s near Penzance and it’s what’s left of an Iron Age settlement.

As we walked in, we saw an underground chamber. This is called a fogou, which means cave in Cornish. The village had a wall around it to keep safe from wild animals and other tribes. Today, you can still see some of the walls and the stones which show the shape of the houses.

I explored the fogou, the Cornish word for cave. It was very interesting, there were different passageways, low and narrow. I could still stand up but I had to bend down to enter it.

The village had a lot of mounds and was in the middle of nowhere but in the Iron Age it was good to be away from other people! It was weird to think that we had just been in a place where people would have lived thousands of years ago! We had learnt lots about what it was like to live in Cornwall in the Iron Age.

It was a lovely day and the walk was worth it. Now I really know what life would be like for an Iron Age person.

By Kaia and Barnaby

This trip was made possible by Cornwall Heritage Trust’s School Transport Grants Scheme. This academic year’s grants are provided in partnership with Cornish Lithium. 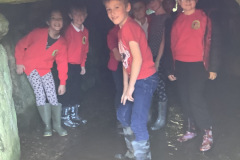 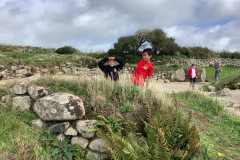 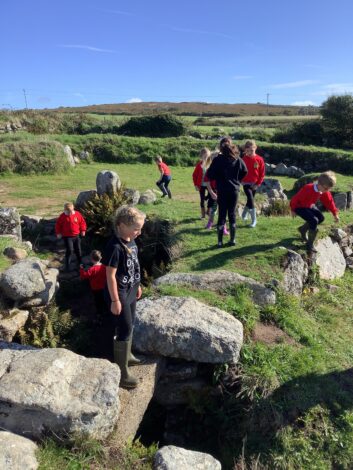