The exhibition started off in a 1900 living room with lots of information about Shackleton leaving for his trip. Then we went underneath the building where we saw exhibits modelled on the Endurance, along with various artefacts. After that, we went into another room full of information about the Endurance’s trip such as the 3 lifeboats names that the crew used to row to Elephant Island, which were the Dudley Docker, the James Caird and the Stancomb Wills. After that, we looked at other shipwreck objects recovered and preserved from warships like a giant artillery cannon and a barrel full of all sorts of coins. There were also artefacts from famous ships such as the Titanic and the Mary Rose. In my opinion, I really enjoyed the trip and would like to go there again.

Our class went on an amazing trip to Charlestown museum where we learned lots of facts about Shackleton and his crew on his expedition to Antarctica. Did you know Shackleton’s cabin was also their library?! We also learned lots of cool information there about other shipwrecks and even about the Titanic!

We’d learnt a lot about Shackleton in school but it was great to find out more about him and see photos from his trip. I thought it was really fun. We also learnt that Shackleton was a fan of a writer by the name of Rudyard Kipling on the trip. We all want to say thanks for helping us to go on the trip. We had an amazing time!

We went to the Shackleton expedition at the Charlestown museum. Our class enjoyed the school trip, we were so amazed by everything we saw. Our class was amazed by all the old artefacts from the shipwrecks.

We already knew lots about shipwrecks and Shackleton but it was nice to learn some more. The museum was fun and had lots of activities to do. Thank you ever so much for the bus money, we are so thankful for it. We are so lucky to have the extra money from your grant and we would like to inform you that it was the best trip ever.

By Violet and Siena 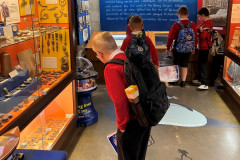 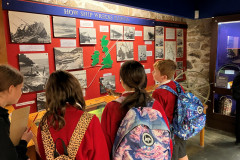 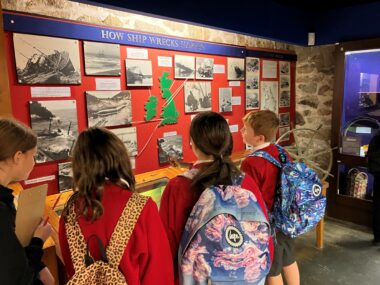