Last Tuesday, we went to Bodmin Keep to learn about it’s amazing history. Our class enjoyed the trip immensely and learnt lots of history.
Before we got to our destination, we checked we had all of the things and after that, we got of the coach and went inside. We met with the people who would guide us and put our bags inside big containers. Then we had an introduction of what we would be doing throughout the day.
We were split into groups. I was with a woman called Jo and we explored the old building, by first going to the attic. We also looked at the style of some medals because later we were to design our own. We then sat down and made our medals with ribbons, sticky jewels and shiny card.
After we explored the barracks and learned about the conditions that the soldiers would have slept and ate in and the lives they would have lived. It was a fascinating experience t have been able to have in my lifetime.

On the 23rd November 2021, we got onto a huge bus parked outside our school! We were all very excited to be going on our school trip to Bodmin Keep.
A lovely woman named Jo, showed us around the keeper’s mess where we were going to be doing some of the later activities. We were sorted into groups. I was led by Ollie and he showed us around the museum, telling us facts every time we saw something interesting or had a big importance/reason behind it.
Then we went outside for a quick runaround before heading back to the Keeper’s Mess where we found out a bit more about the different roles that different people had during the war. We went to the medal room for inspiration for our own medals we were going to make. Finally, we got to make our own medals.
After lunch, we had a team building session, with Spanner and Kelvin. They taught us how to do the ‘survivors knot’ and how soldiers kept in order.
After a long day, we headed into the gift shop before hopping back on the bus. We got back just in time for the end of school! 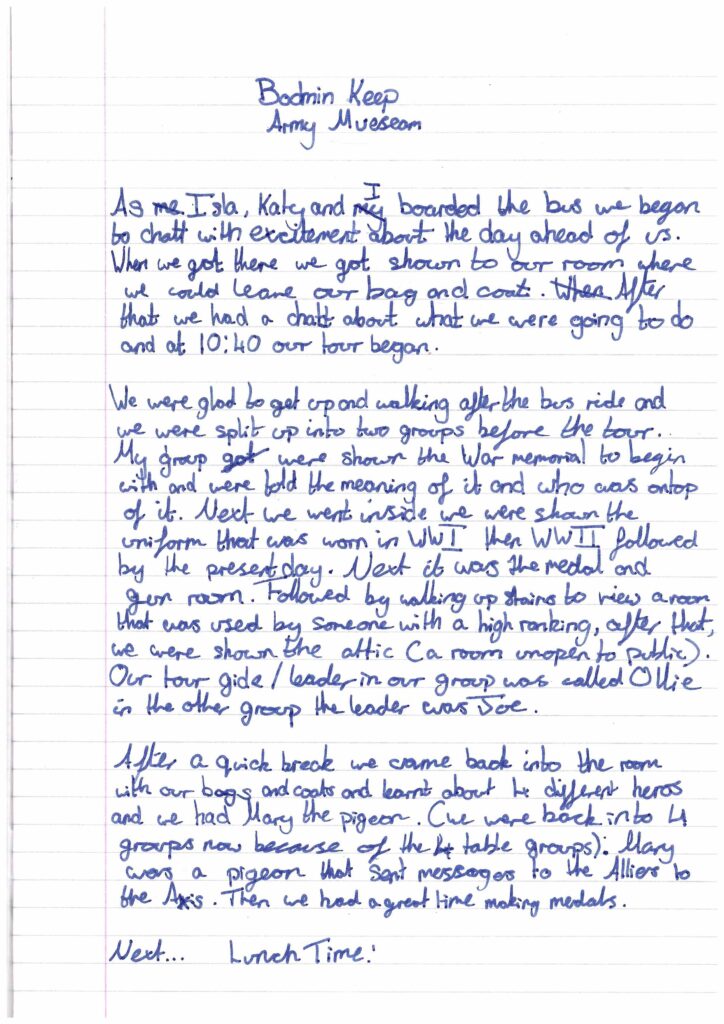 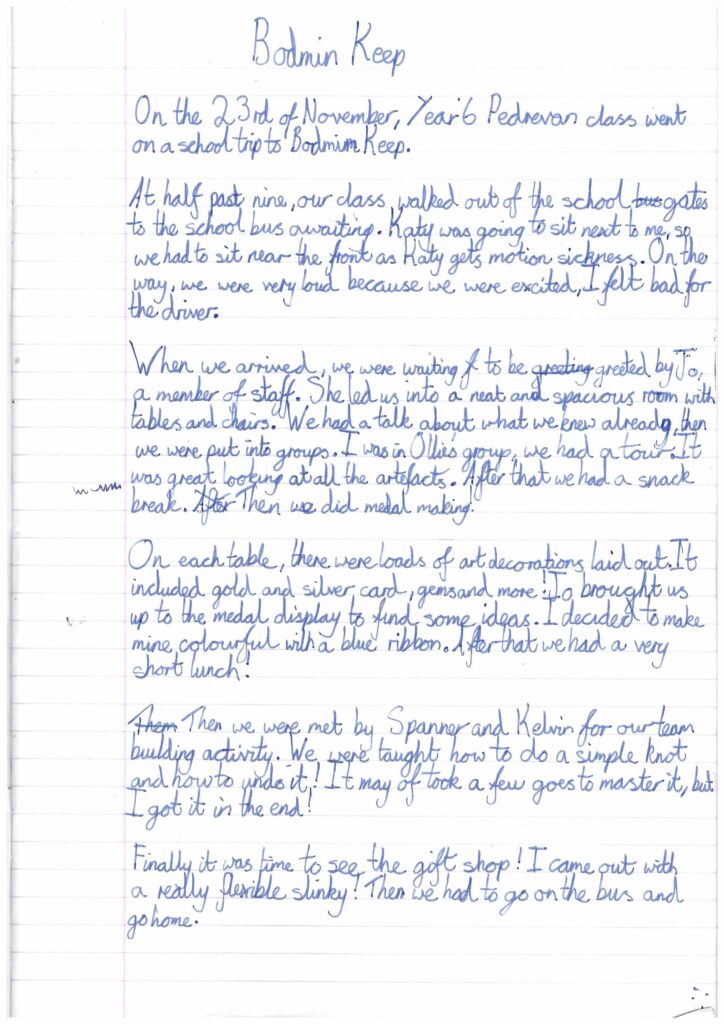 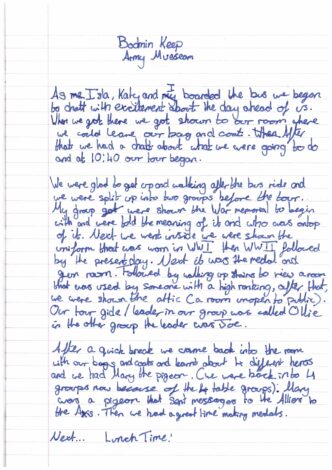