“On Wednesday 10th July Year 5 from St Mary’s Catholic Primary School went to Levant and Botallack Mines.  The reason we chose these places was because we were doing tin mines – our topic was Sten!  Sten!  Sten!

After that, we walked down to the Crown Mines.  When we got to the mines we looked in the Winding Engine House.

Soon after, we walked back to have some well earned lunch outside of the Count House.

After lunch, we started to walk to Levant.  Some of us had to wait because some of the children walked slower but at least we got to look at the amazing scenery.

After a long while, we arrived at Levant and some of the boys dressed up as the people who worked in the mine; only boys owned the mines or worked underground so the girls could not dress up!  But then the girls did get to dress up as bal-maidens and held big hammers.  Then we went down a tunnel but not all the way because it was all flooded.

After that we went to the steam engine and it was very hot.  We made it work by putting the brake up and down.

Then after that, we waited for the other group, while we waited we found grasshoppers, bugs and lizards.

After a long walk back to the bus, we went home.  On the way home we sang songs, played games and talked about our amazing day.

We will never forget this amazing trip and all the wonderful things we learnt.  Being a miner or bal-maiden was hard work and I’m glad that children do not have to do this anymore.”

“On Wednesday 10th July, Year 5 went on a school trip to Botallack and Levant Mine.  We visited the mine because we have been doing a topic called ‘Sten!  Sten!  Sten’, which is Tin! Tin!  Tin!  in Cornish.  At Botallack we learnt so much.

Firstly, we explored all the arsenic tunnels and found out that 1 teaspoon of arsenic can kill 6 men!

Next, we explored the famous Crown Mines, where ‘Under the Sea’ was painted by James Clarke Hook.

After that, it was lunch time and we had the most wonderful lunch ever made outside of the Count House.

Then, after lunch, we headed for a half an hour walk to Levant Mine, which got us lots and lots of fresh air.  Once we got there we tried on lots of different costumes that miners and bal maidens wore.

Finally, we traveled back to school on a fun, exciting bus journey.

In conclusion, we had the best school trip ever and learnt a lot.”

“On Wednesday 10th July, Year 5 from St Mary’s Catholic Primary School visited the Tin Coast.  We visited here as we had been learning about tin mining in our topic ‘Sten!  Sten!  Sten!’

Firstly, when we arrived we ran through the arsenic tunnels, which was fun because we had to be low down or we would bump our heads!  We learnt that a teaspoon of arsenic could kill 6 men!

Then, we ate lunch outside of the Count House and had a rest because we had a long walk to do.

After that, we began our 30 minute walk to Levant.  When we arrived at Levant, a man taught us about the shafts.  Also, he chose some of us to dress up as an investor, adventurer and miner.  He chose two girls to dress up as bal-maidens.

Then, we got shown how the steam engine worked; it was amazing to see how it was powered.  We went down and stood where the Man Engine disaster occurred; it was fascinating because its a very historic place.

Finally, we went on the coach home and we all talked about the fantastic trip we had had. 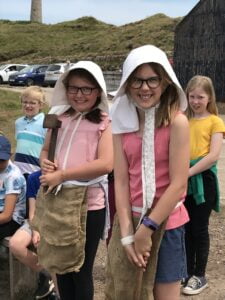 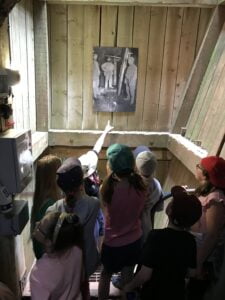 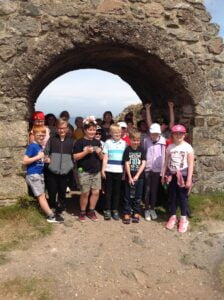 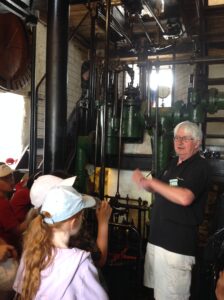 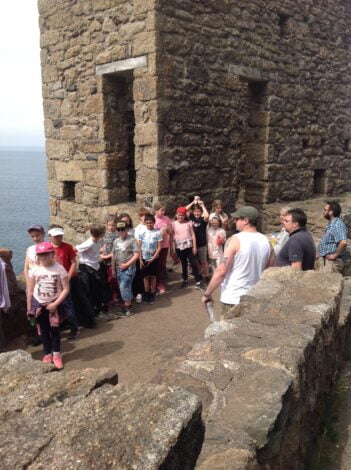