Firstly thank you for the bus money, we had a great time at the museum.
To start with we took our bags in our little area and then went to a room where we sat around a map of the world. There, we discussed where the Vikings came from, where they went, how they got there and what they owned and traded. After we split into groups, we did some trading ourselves as Viking’s trading with people from around the world – I wanted to trade the wolf skins for glasses to drink from. After lunch, we met up with the other group and went to look at the remote control boats to see how the wind effects how the boat sailed just like the Vikings would have done. Then we split to two groups again and one group stayed and drove the remote control boats. After that we went to strike some coins (imprinting pictures on the coins). Lunch was after that. Because we had finished all the things to do with our topic, we went to the top of the tower and looked at all of the things below. Then went to the bottom of the tower below sea leave to go and sea some fish and other interesting stuff that was down there. We also went to the lifeguard area and sat on the jet-ski and the quad bike and in the dingy. To finish we went through monsters of the deep and saw some interesting things. I really loved it and would definitely go back!

At first I wondered why we were going to a boat museum but it was actually a really good trip. The reason why we went to a boat museum was because we were learning about the Vikings and their boats. I enjoyed how we got to learn more about the Vikings and get to take part in striking our own coins. It was very fun when we went to the bottom of the viewing tower and saw the sea from under neath and how we went to the top of the tower to see the harbour from above. We were very high up! I most enjoyed it when we did Viking trading with diffrent materials such as cow horns and metal and we traded them with midle east objects such as spices and glass. With one of the staff firstly gave us more information about the Vikings and showed us a map where the they went. After lunch, we also got to drive remote control boats around a little pool with fans to let us know how the Vikings had to steer their ships. It was very hard! My class and I thank you so much for the bus money it was really a great trip!

I really enjoyed the maritime museum because it was really fun and inspiring to learn about what the Vikings used and how they used their items they were able to make to trade. I also liked playing with the boats because that was very fun to see how they worked; it was fun but hard controlling the boats by the wind. I also liked playing on the lifeguard boats, jet skis and safety rafts. I was really exited about going up to the lookout because we saw all of the boats and going under it because you could see the sea and lots of other fish. 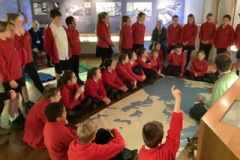 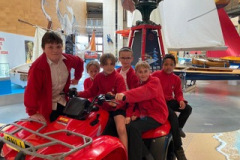 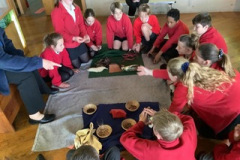 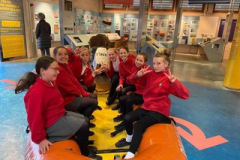 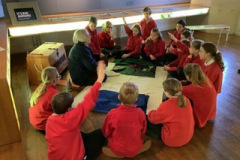 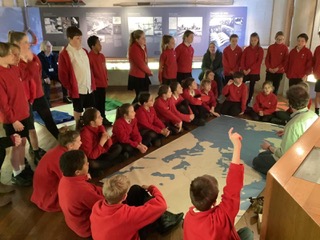