Introducing the Cornwall Heritage Trust Calendar for 2021, starring the winners from our 2020 Photography Competition: “Special Places in Cornwall”.

In August our Trustees had the unenviable task of selecting the top 12 photographs from over 100 competition entries, all of which were of a very impressive standard.  The overall winner was then chosen by a public vote via our social media channels.  Georgie Ball’s photograph entitled “Sea Pinks at Godrevy Lighthouse” was picked as the winning image.  Georgie’s photo became the image on the front cover of the calendar and she also won £50.00.

You can purchase the calendar on our online shop here.

The twelve winning finalists were:

May: “Sea Pinks at Godrevy Lighthouse” by Georgie Ball First Prize winner and the Front Cover.

December: Twilight in the Harbour, St Ives” by Tim Brearley

The Cornwall Heritage Trust 2021 calendar is also a handy planning tool, with enough space to write those important dates and notes.

It is A4 size, with spiral binding and loop at the top so that you can hook it in a handy spot in your office or kitchen.

This calendar would make the perfect Christmas present for anyone who loves Cornwall and its rich heritage and landscape.

All the proceeds from the sales of our calendar will support the work of Cornwall Heritage Trust to preserve and strengthen Cornwall’s unique heritage. 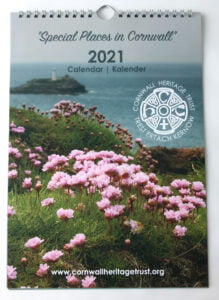 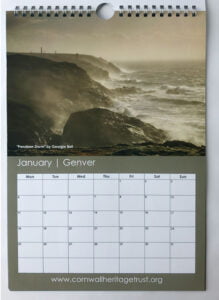 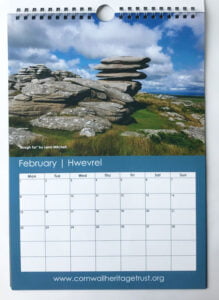 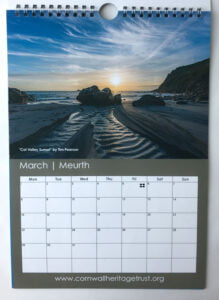 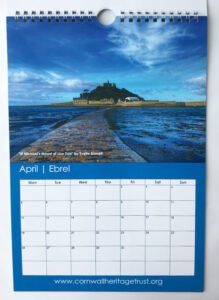 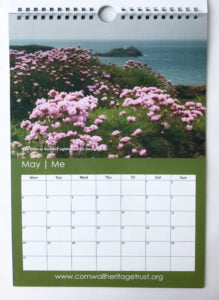 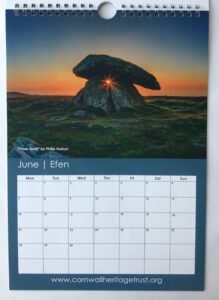 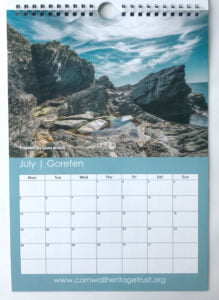 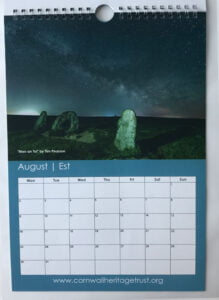 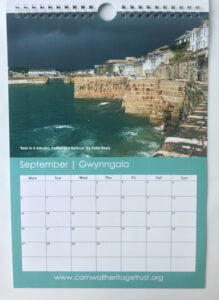 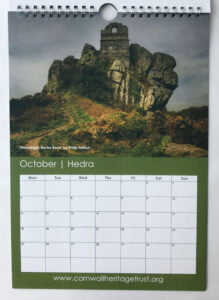 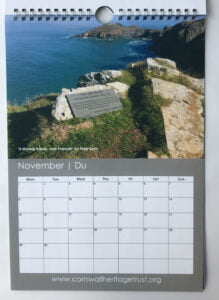 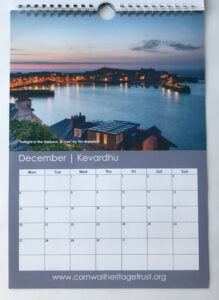 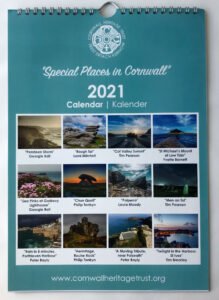